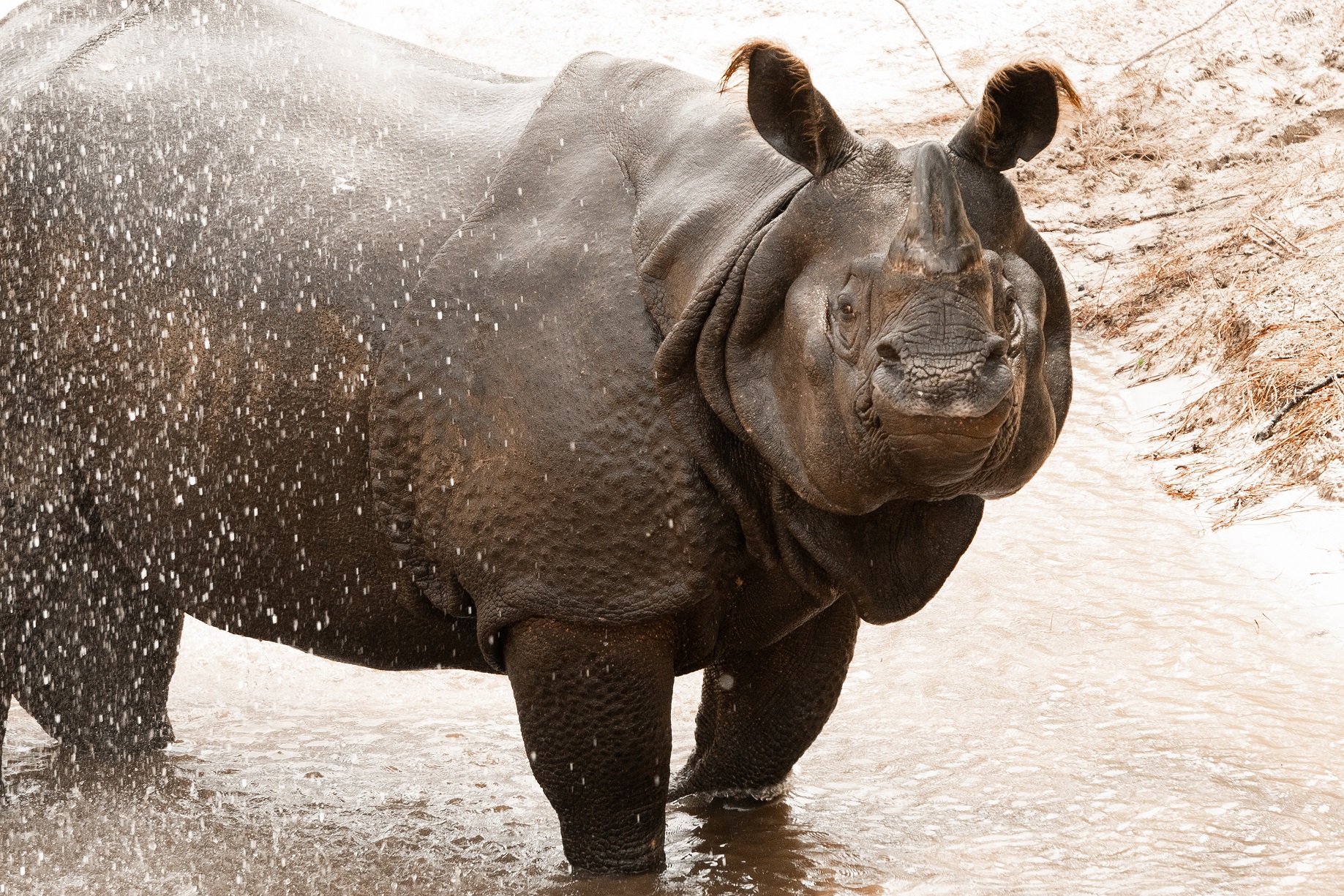 Gulf Breeze, FL (May 3, 2021) – The Gulf Breeze Zoo welcomes the arrival of a second rhino species to the park. Soman, a rare male Greater One-horned Rhino, also known as an Indian Rhino, arrived recently in excellent health. The 15-year-old traveled in a custom-built rhino transport crate and is now enjoying his new surroundings.

The Greater One-horned Rhino is known for the beautiful and unique “armor-plated” appearance and is listed as vulnerable with the threat of extinction. The species has recovered from under 200 in the past century to approximately 3,600 in the wild today.

The Gulf Breeze Zoo continues its ongoing commitment to rhino conservation and has high hopes for this newest arrival. Soman, who is genetically important to his species, will set the stage for establishing a second rhino breeding program reflective of the success the park has experienced with its Southern White Rhinos.

Celebrate Cinco de Rhino at Gulf Breeze Zoo and see this handsome newcomer. The Gulf Coast Area’s award-winning zoo is home to more than 800 exotic animals and one of only a few zoos in the U.S. to display two types of rhinoceros. The Gulf Breeze Zoo supports wildlife conservation in 135+ countries globally through financial aid, public education, captive breeding, and habitat preservation.

The Zoo opens at 9 a.m. daily and is located just off Highway 98. Visit www.GBZoo.com for event updates, seasonal hours, and more.