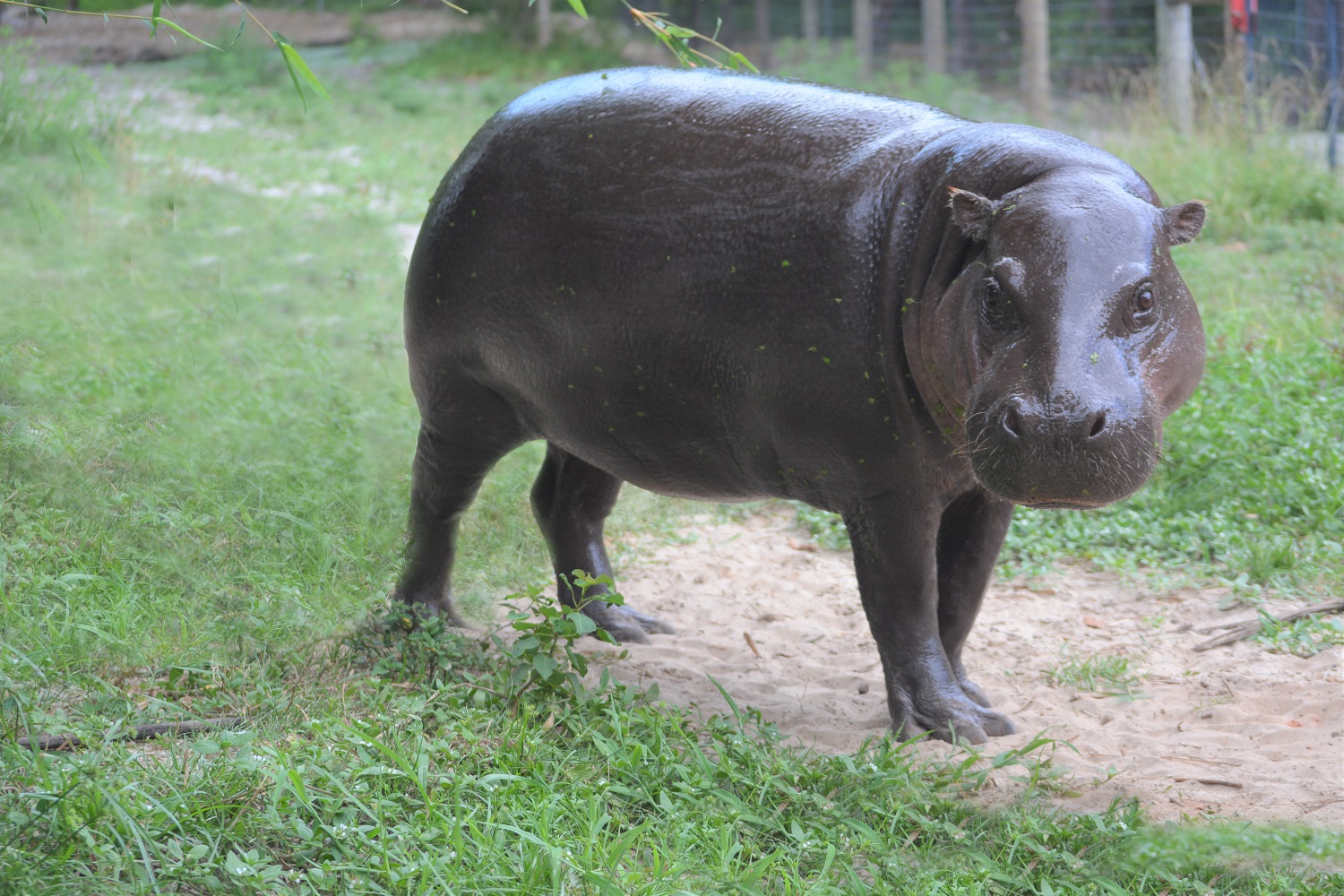 
Wild pygmy hippos are an endangered species found native only in four countries in West Africa: Sierra Leone, Liberia, Ivory Coast, and Guinea. As a result, there are less than 3,000 left in the wild. The Gulf Breeze Zoo, working in collaboration with its parent company Zoofari Parks and the European Association of Zoos and Aquariums (EAZA), is making a long-term commitment to conserving the endangered pygmy hippo population by introducing a new breeding program to the Northwest Florida zoo.

“Conservation is at the core of our beliefs. Our parks, along with our very valued guests, allow us the opportunity to make a huge impact on saving species globally,” said Eric Mogensen, CEO of Zoofari Parks. “When we were offered this opportunity to import a group of diverse new bloodlines, we knew it was going to be expensive, time-consuming, and would involve partners from around the world, but understood it was definitely worth the effort given the species,” Mogensen furthered.

From April through July, the six captive-bred hippos — two males and four females — began arriving in stages at Miami International Airport from zoos in Switzerland, United Kingdom, Singapore, and Taiwan. Upon arrival to Miami, Zoofari Parks staff were fortunate to have the assistance of Dr. Gabby Flacke, a world-renowned pygmy hippo expert and Zoo Miami veterinarian. Zoofari Parks Corporate Collections Manager Gavin Livingston organized the international transfers of all six hippos and followed them all the way through to their new home in Gulf Breeze.

Today, one pair of hippos, named Queyah and Qiu Hsiang, is on display at the Gulf Breeze Zoo for visitors and guests to learn about and appreciate. The remaining four hippos — Zhu Chang, Sirana, Ayana, and Abina — are in an off-exhibit breeding center, specially constructed to meet this reclusive species' unique needs. These six hippos were selected to contribute their valuable genetics to the current U.S. population. In addition, the Gulf Breeze Zoo is working with other dedicated zoological parks to ensure that a sustainable population of this species is maintained. A healthy zoo-based population of pygmy hippos will serve as a backstop to extinction. In the future, this will be a valuable reservoir to draw from if reintroduction efforts are needed. The Gulf Breeze Zoo’s commitment to pygmy hippo conservation is a holistic approach that includes conservation breeding at the zoo and financial support for conservation projects in their native range of West Africa as well. The Gulf Breeze Zoo and San Diego Zoo are the only two zoos in the United States where guests can see both the Nile and pygmy hippos on exhibit.

Pygmy Hippo Facts: Compared with its much larger cousin, the Nile hippo, pygmy hippos only have partially webbed feet. This reflects that they spend much more time on land traveling through the forest in search of food. Pygmy hippos secrete an oily substance from their pores that acts as a natural sunscreen to protect their sensitive skin. In their native range, pygmy hippos are solitary and generally only come together for breeding. Pygmy hippos weigh an average of 500lbs, which is 1/8 the size of their cousins, the Nile hippo. What do you call a group of hippos? A bloat.

The Gulf Coast Area’s award-winning Gulf Breeze Zoo is home to more than 1200 exotic animals, many of them threatened and endangered. Through admissions and animal encounters, each guest contributes to the conservation programs. The Gulf Breeze Zoo opens at 9 a.m. daily and is located just off Highway 98.
Previous Post